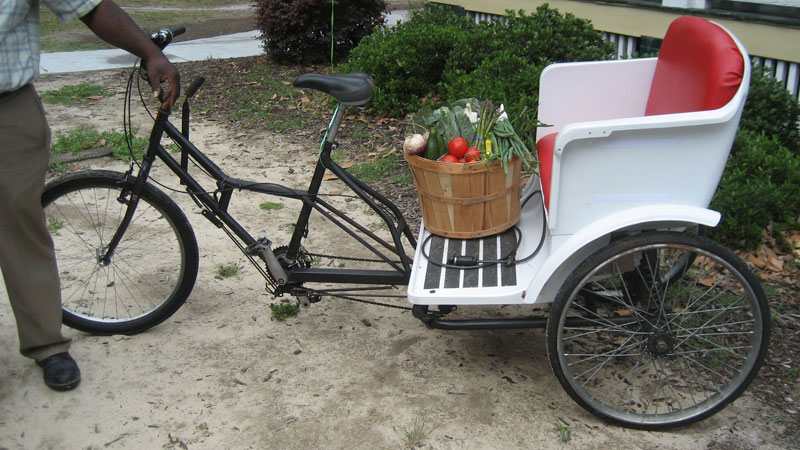 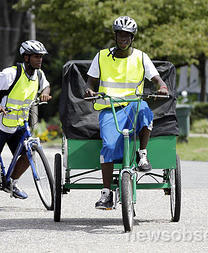 Produce Ped’lers began thanks to grant support from the USDA’s Farmer’s Market Promotion Program, the vision of Goldsboro community leaders, including youth, and the Center for Environmental Farming Systems.

We believe that good, transformative community work merges the best of youth organizing, new innovation and traditional ways with environmental justice and green economies to provide access to healthy food and create meaningful work to support poor and rural communities. Our hope is that Produce Ped’lers will emerge as one of many models in Eastern NC that does just that. 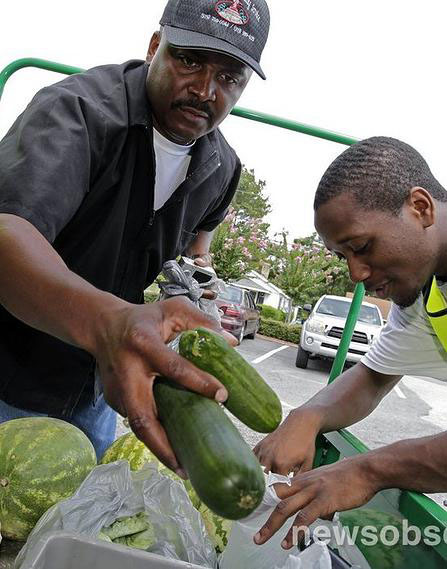 ​The Produce Ped’lers are a part of SWARM, Students Working for an Agricultural Revolutionary Movement. We are young food activists and entrepreneurs who are working to transform our local food system by creating meaningful job opportunities for young people, building social justice leadership among youth and providing youth with leadership and food-based entrepreneurial skill development.

We’re based in Goldsboro, NC in Wayne County, the fifth-largest agricultural county in the state, which is mostly rural. Our work is deeply rooted in the traditions of collective work, growing food, being stewards of the land and southern people-of-color-led social justice movements.