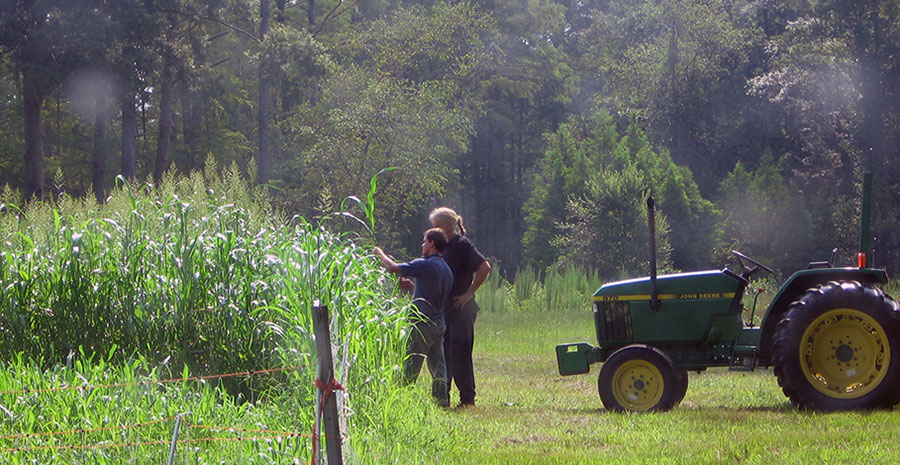 It began with a farm…

In 1994, a small circle of leaders in sustainable agriculture came together with a single vision: to create a center for the study of environmentally sustainable farming practices in North Carolina.

A task force of university faculty and administrators, state and federal agencies, non-governmental organizations, farmers, and citizens was charged with developing strategies to build a strong sustainable agriculture program in North Carolina.

Thriving apprenticeship and internship programs grew to attract students from across North Carolina and around the globe, training the farmers who will feed future generations and the students who will become tomorrow’s food system leaders.

CEFS continued to evolve, focusing its attention on the potential statewide economic impact of supporting and increasing the market for local foods. The hugely successful NC 10% Campaign was born, encouraging all North Carolina individuals and businesses to commit 10% of their existing food dollars to locally grown and produced foods. Within its first three and a half years, the Campaign signed on over 6900 individuals and 890 businesses, and tracked over $54 million in local foods purchases.

Realizing that policy changes were needed to support the growth of local foods, CEFS provided founding leadership to the North Carolina Sustainable Local Foods Advisory Council, a statewide legislated body established as one of the “game changer” outcomes of the Farm to Fork Action Plan. The statewide council stimulated interest in local county-based and regional food policy councils, and more than 29 such councils were in development throughout the state by late 2013.

Recognizing the need to “scale up” local food production, CEFS assumed a statewide leadership role in local food supply chain development. The NC Growing Together project, funded by the USDA’s National Institute for Food and Agriculture, was initiated to bring more locally-produced foods – including meat, dairy, produce, and seafood – into mainstream retail and food service supply chains. The project, which focuses on retail grocery and military base models, has dozens of statewide partners including Lowes Foods and Fort Bragg US Army installation.

What began as a vision in 1994 has grown into a movement that is shaping agriculture across North Carolina and the nation. In the twenty years since its founding, bold and innovative programmatic initiatives have expanded CEFS’ footprint beyond the boundaries of the research farm, reaching every corner of North Carolina and forming deep partnerships in local communities. 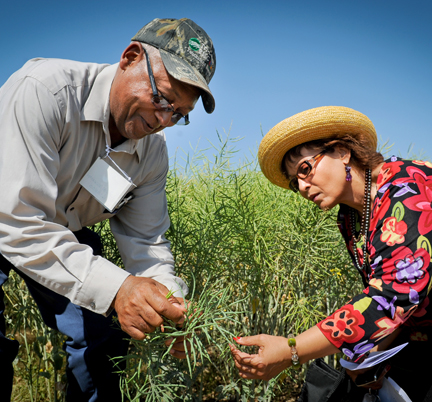 Today, the Center for Environmental Farming Systems flourishes as one of the nation’s most important centers for research, extension, and education in sustainable agriculture and community-based food systems. It is recognized as a national and international leader in the local foods movement, and is celebrated for its work in building consensus around policies, programs and actions that facilitate a vibrant local food economy.

CEFS’ successes have not gone unnoticed: in 2012, CEFS was named a regional winner of the C. Peter Macgrath Community Engagement Award, a national distinction which recognizes outreach and engagement partnership efforts of four-year public universities. In 2012, CEFS was also awarded the USDA Secretary’s Honor Award – the most prestigious departmental award presented by the Secretary of Agriculture – for “assisting rural communities in creating prosperity so they are self-sustaining, repopulating, and economically thriving.” CEFS was the only group outside of USDA to receive the award. 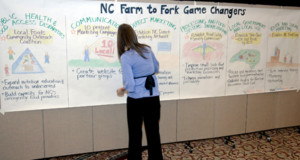 CEFS was born from the shared conviction that a land-grant-university-based research, education, and extension program focused on organic and sustainable agriculture could have a significant and essential impact in North Carolina. Now, twenty years after its founding, CEFS is reflecting on the impact it has made on the state of North Carolina and beyond.

We are celebrating our successes, honoring those who helped shape CEFS along the way, and looking ahead to the next twenty years. Let us tell you a bit of our story – and you’ll discover how you can be part of a sustainable future.