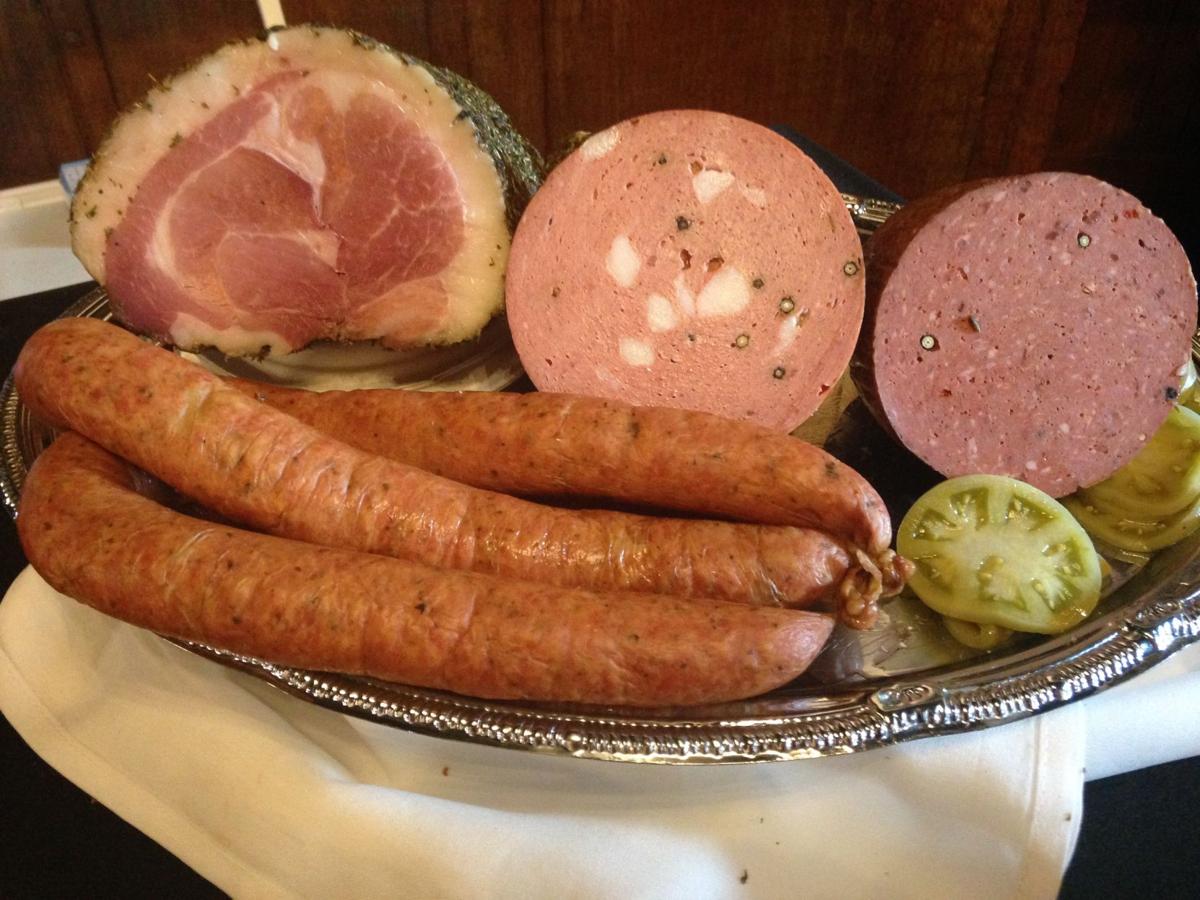 This article originally appeared in the Winston-Salem Journal.  Read the original version here.

The NC Choices Carolina Meat Conference is holding its annual conference downtown at the Millennium Center. The conference draws about 300 farmers, meat processors, chefs and others interested in meat production in North Carolina.

The NC Choices initiative is designed to promote sustainable food systems throughout the state. It assists farmers and others with educational programs, networking and technical assistance.

The conference, which began Monday and concludes Tuesday afternoon, offers a variety of seminars and workshops. More than 40 speakers and 20 sessions have been covering such topics as pasture-raising of livestock, pork butchery, dry curing, marketing, and tax and business strategies.

The conference in particular focuses on humane treatment of animals, sustainable livestock and farming practices, and efforts to engage consumers who are interested in locally, sustainably raised meat.

Keynote speaker Urvashi Rangan spoke Monday night about the efforts to produce meaningful food labels for sustainably grown products. “There are super-high numbers” in surveys that show consumer support for local farm food, pesticide- and chemical-free food, and environmentally friendly practices, said Rangan, an advisor on food-safety issues and a member of the FDA Food Advisory Committee. “People want these kinds of foods and they are willing to pay more for them.”

Food labels, though, need improvement to help consumers navigate through the many layers of sustainable practices. Some, such as “natural,” are virtually meaningless in their present uses and can be even misleading.

But some new labels, such as the private Regenerative Organic Certified, which is said to go beyond Certified Organic, show promise.

A 2013 survey by NC Choices put sales of local meat in North Carolina at $20 million a year. The survey also found that more than 90 percent of N.C. meat farmers planned to maintain or expand their businesses.

“In 2011 when the Carolina Meat Conference first started, we weren’t sure if the concept of spending more money for pastured meat, eating it less often, and using the whole animal was ever going to turn into a national trend,” said Sarah Blacklin, the director of NC Choices. “Now, groups like the Chef’s Collaborative’s Meat Matters Conference, the New England Meat Conference, Lamb Stock, and dozens of local meat businesses and online bulk buying programs from the East Coast to the West Coast are taking off. It’s a really good sign of the growing interest from chefs, consumers and farmers eager to support an alternative market for local pastured meats that prioritizes animal welfare. However, we still have a lot of problem-solving to do, which is why we are all coming together for conferences like this to address some of the successes and the challenges head on.”

The conference drew a variety of people, including local chefs John Bobby of Rooster’s: A Noble Grille and Jeff Bacon of Providence Restaurant and Catering. During a networking hour Monday, Buxton Hall, a barbecue restaurant in Asheville, served chicken bog with pork hash and pickled okra. Wild Turkey Farms of China Grove served with smoked beef with sriracha mayonnaise. Foothills Meats of Asheville brought mortadella and a variety of other cured meats. Left Bank Butchery of Saxapahaw served homemade liverwurst.

Attendees included Bob Shipley, who along with his son, is keeping his family’s 1872 farm alive in Vilas by raising pastured beef. “This conference has a good balance of academic research and actual production issues,” he said.

Also in attendance was Andrew Long, chef at Over Yonder in Valle Crucis. “Last time I was here I learned a lot about lesser-utilized cuts – meats that people might like if they tried them,” he said. “I want to learn more of that kind of thing.”

And some attendees came from other states, too. Sep Harvin runs Williamsburg Packing Co. in Kingstree, S.C., a meat processor that caters to small farmers who practice sustainable agriculture. “North Carolina has one of the best sustainable programs out there,” he said.