It was June 2011, and Wayne School of Engineering rising senior Kebreeya Lewis was standing before the Goldsboro City Council and Mayor Alfonzo King, presenting an impassioned argument for why students at her high school deserved to have a salad bar in their school cafeteria. Kebreeya’s request had already been turned down by the county school nutritionist, but she had decided not to take “no” for an answer. 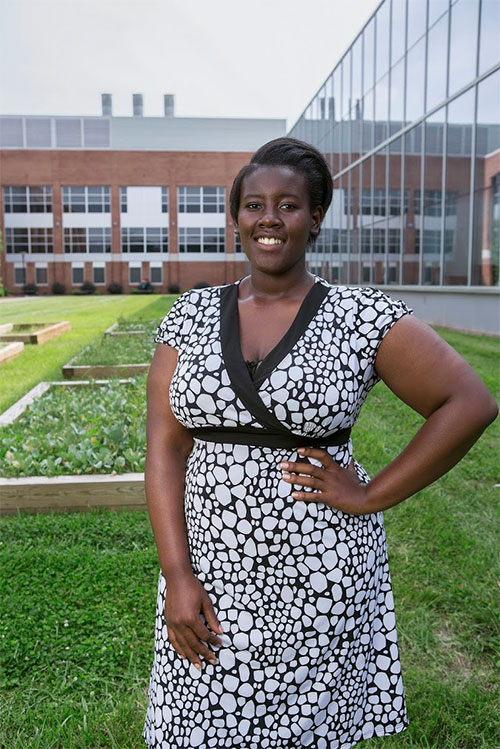 Kebreeya created a petition that was eventually signed by over 200 people, and now she was presenting her case to Goldsboro city officials. Impressed, the City Council wrote her a letter of support. Eventually, the county nutritionist was convinced: the salad bar was installed, and students’ eating choices expanded from mostly pizza and french fries to fresh lettuces, tomatoes, carrots, and other vegetables. Kebreeya’s inspiring success was chronicled in an HBO documentary entitled Kebreeya’s Salad Days, part of their series The Weight of the Nation.*

As impressive as Kebreeya’s victory is, it is just one of several remarkable accomplishments that has come of out a small group of Goldsboro youth food activists called SWARM. With guidance from group facilitator Shorlette Ammons, CEFS’ Community-Based Food Systems Outreach Coordinator, Students Working for an Agricultural Revolutionary Movement (SWARM) has been applying the lessons of past civil rights and justice movements to the struggle for food equity.

Shorlette, who is based out of the Cooperative Extension Program at North Carolina Agricultural and Technical State University (NC A&T), explains: “As a historically black land-grant institution, NC A&T has a rich legacy centered around civil rights, agriculture and food. Doing this work with SWARM is a great opportunity to build on that legacy as we work to create the next generation of food system leaders. We know that inequities in our food system affect all of us, especially our young folks. SWARM youth are an example of how we can build leadership in our most affected communities and work to shift that paradigm, just as the four NC A&T students did at a lunch counter in Greensboro in 1960.”

It is a brisk fall day, and the current SWARM crew is having a planning meeting at the Wayne County Library. “We need to think about the next generation of SWARM,” says 17-year old Zion Culley, who has been part of SWARM for almost two years. The current crew, all seniors in high school, will be moving on after graduation. Smiling, Zion says to Shorlette, “Don’t worry. We’re not gonna leave you here without recruiting new SWARMers.”

“I’m teaching others about eating healthy and trying to change the world. When you learn from people who care about what they eat, it impacts everything. It all comes down to food. Everyone can relate when it comes to food.”
– Kebreeya Lewis

Zion was part of a SWARM delegation invited by Blue Cross and Blue Shield of North Carolina (BCBSNC) to speak at a youth empowerment-focused event hosted as part of the Clinton Global Initiative Annual Meeting in 2012. “That trip taught me a lot about how to convey a message to people. I wanted to inspire the people there, and show them that youth aren’t just sitting around doing nothing,” he says.
Kathy Higgins, BCBSNC vice president, believes he delivered. “There was nothing more inspiring and more genuine than hearing from Zion and other youth about their commitment to changing the world around them and learning first-hand about their impact on the ground in North Carolina and beyond,” she says.

The power of effective communication is a theme echoed by several other SWARMers. Destiny, also 17 and the group’s self-appointed spokesperson (“I do enjoy getting out and talking to people about SWARM!”) says that the best thing about SWARM is learning how to convey their message. “We’re actually trying to fix the food system,” she says. 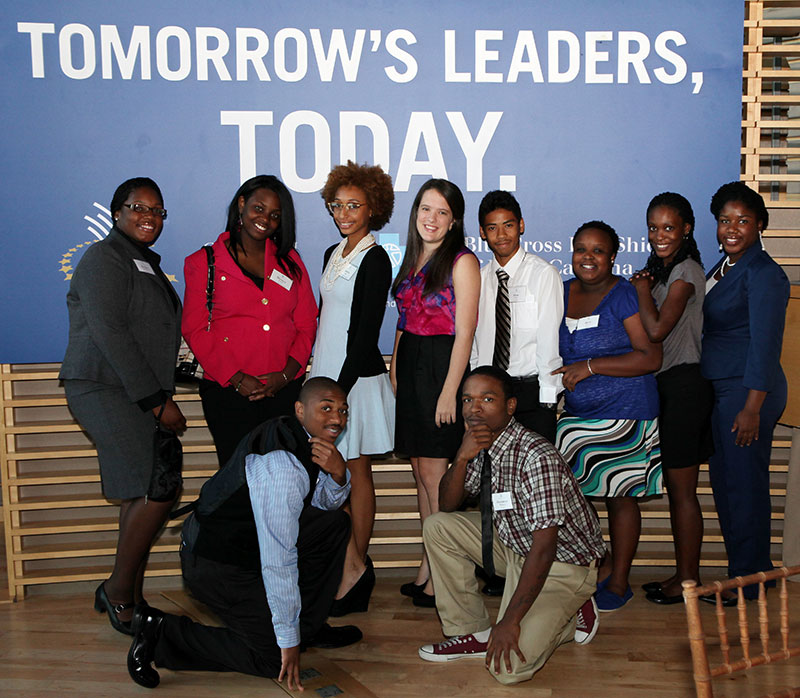 In addition to practicing leadership, advocacy and organizing skills, SWARMers gain hands-on experience in food production, working alongside CEFS interns and apprentices at the Small Farm Unit, and with children, peers, and elders in various community gardens around Goldsboro. The SWARMers acknowledge that it is hard work, but are quick to point out that it is one of the most rewarding things they do.

As for Kebreeya, she has since graduated from high school (and SWARM), and is a student at NC Central University. She started a student group called BOOM – Building Our Own Movement – whose mission is to teach about the importance of healthy eating through gardening, workshops, events, field trips, and community service. Kebreeya says that she first learned about healthy eating through SWARM. “I care about what I eat now, and I’m teaching others about eating healthy and trying to change the world. When you learn from people who care about what they eat, it impacts everything. It all comes down to food. Everyone can relate when it comes to food.”