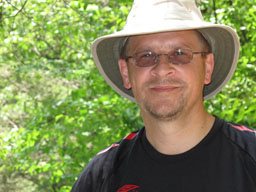 Dr. Wirzba grew up farming a mixed hay and grain operation in southern Alberta. He says, “I dreamed of being a rancher in the foothills of the Rockies. When I got older I saw the economics of farming to be incredibly difficult. I decided not to stay in the family tradition of farming. I went off to university and then graduate school, earning a Ph.D. in philosophy. I thought farming was in my past, until I met and became friends with Wendell Berry. He helped me see that farming is not just a way of life. It is also a comprehensive and compelling philosophical position.”

Dr. Wirzba is the Series Editor for Culture of the Land: A Series in the New Agrarianism, published by the University Press of Kentucky, and edited The Essential Agrarian Reader: The Future of Culture, Community, and the Land. He is also a Board Member of the Center for Environmental Leadership. Dr. Wirzba earned his Ph.D. in Philosophy from Loyola University in 1994 and also holds an M.A. in Philosophy from Loyola University and an M.A. in Religion from Yale University Divinity School.

We are honored to have Dr. Wirzba share his expertise with us!

From the November 2012 E-Newsletter