NC Choices, an initiative of the Center for Environmental Farming Systems in collaboration with NC Cooperative Extension, promotes sustainable food systems through the advancement of the local, niche, and pasture-based meat supply chains in North Carolina.

NC Choices uses the term “niche meat” to describe pasture-raised meats raised without routine use of antibiotics or added hormones by farmers and allied businesses who are connected to their meat products either through direct sales, wholesale, or by selling to an independent branded company. 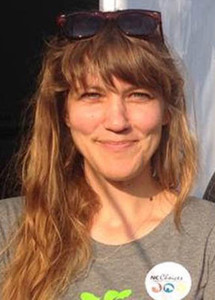 Sarah’s work of extending educational programming, networking opportunities and technical training to sustainable food businesses has gained attention on the local and national scale and in 2016 Sarah was honored among the “top 100 national agricultural leaders shaping rural America” by National Farm Credit. Among other activities, Sarah serves on the board of the National Niche Meat Processor Assistance Network. Before working with meat, Sarah served as Market Manager for the Carrboro Farmers’ Market for 5 years, originally getting her start as a farmhand for local farmers. 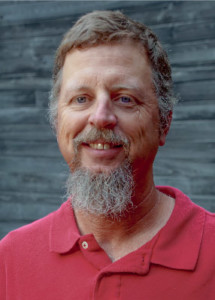 Lee Menius, an NCSU Animal Science Graduate, has worked in the local food scene for over 20 years. He owns and operates Wild Turkey Farms in China Grove, NC – one of the Charlotte area’s longest-running small farms providing pasture raised meats direct to consumers and restaurants since its founding in 1998. Lee is actively involved in not only raising his animals (mostly Berkshire-cross pigs) to market but also plays a significant role in the processing and packaging of all of the products that they sell.

In 2016, Lee, along with his wife Domisty, opened Carolina Craft Butchery, an NCDA inspected butcher shop, in Davidson, NC. Lee has worked with Cooperative Extension, Rowan Soil & Water Conservation District, and previously as CIG Project Coordinator for NC Choices from 2007-2010 where his work has focused on educational projects and working with producers to develop effective pasture grazing systems. Throughout his career, Lee has led numerous workshops and producer trainings on topics such as business planning, processing, and outdoor swine production.

Please support NC Choices with a gift!
Give Now