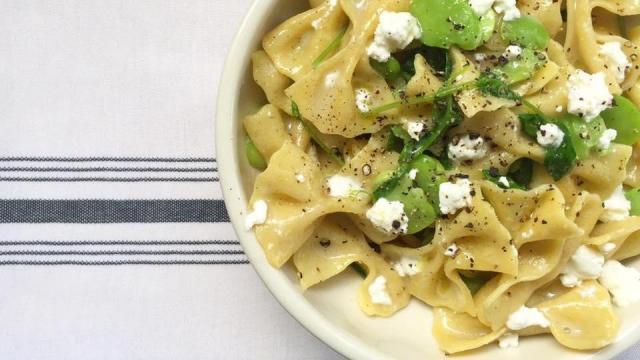 CARRBORO, N.C. — Since he opened Pizzeria Mercato 15 months ago, Gabe Barker has had little time to do anything but create pizzas and Italian-influenced sides that make best use of locally grown ingredients.

The hard work has earned extraordinary accolades, ranging from Bon Appetit declaring his Carrboro restaurant one of The 3 Best New Pizza Joints in America to the James Beard Foundation naming him a 2017 semifinalist for its Rising Star Chef of the Year award.

And yes, let’s not forget that Eater restaurant critic Bill Addison was so keen on one of Mercato’s desserts, a custard cake topped with strawberries and vanilla bean ice cream made by the chef’s mother, that he included it among The 12 Most Utterly Gorgeous Plates of Food he ate in 2016. (Barker’s parents, Karen and Ben Barker, James Beard Award winners who formerly operated Durham’s Magnolia Grill, provide occasional consulting but are not involved day to day operations.)

Mercato’s popularity is allowing its founder a little breathing room now, including time to participate in events he’s long admired. Chief among them is the Farm to Fork Picnic Weekend, which will mark its 10th year of celebrating the connections between sustainable farmers, chefs and culinary artisans on June 2-4.

Barker will be paired at the annual picnic with Alex and Betsy Hitt of Peregrine Farm.

Every ticket sold for Farm to Fork events benefits the Center for Environmental Farming Systems (CEFS), which develops and promotes equitable food and farming systems that strengthen communities and improve health outcomes. It also provides training and mentorship for beginning farmers. 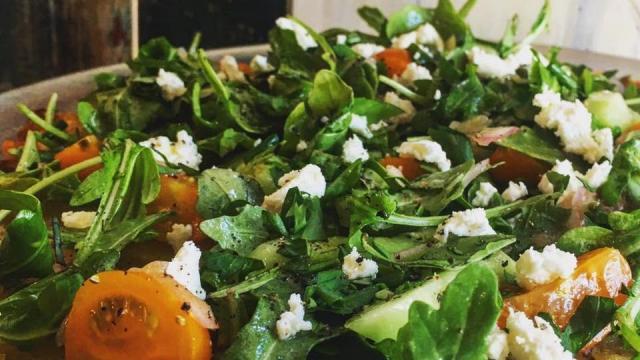 Barker, who intentionally located across the street from the renowned Carrboro Farmers Market, has a deep respect for the labor of farmers who deliver seasonal produce to his kitchen.

“When you cook the style of food that I do, which is simplified and a more straight forward style than how my father cooks, everything depends on the ingredients,” he says. “We have really great growers. I work really hard all day, but I can’t imagine taking on their responsibilities. I have an immense amount of respect for people who choose that as a profession.”

The little boy that used to tag along with his parents at the market has matured to appreciate the close relationships forged between growers and chefs who depend on each other for success.

“A lot of people in my generation and younger don’t think about food systems and the people who grow the food; the immigrant workers who pick the celery, for example,” he says. “I feel obligated to help support them. Not only from a local economic standpoint, but that’s the way things should be done. The truth is, you should utilize what grows best at the time by the local farmers who grow it.”

His ability to maximize the flavors of fresh produce – and turn out a crisp, Neopolitan-style crust where blistered spots are worth fighting over for their smoky bite – has earned Barker steady crowds and critical acclaim. He was stunned, however, to attract attention from the Beard Foundation so early in his career.

“It was a complete and utter shock to be nominated,” Barker says. “I hope it’s a reflection of us doing interesting food that is slightly better. We’ll always use what is local and in season, and we’ll always push ourselves to be better.”

WRAL is a sponsor of the 10th anniversary Farm to Fork Picnic Weekend, which will be held June 2-4 in Raleigh and Fearrington Village. Order tickets at www.farmtoforknc.com.