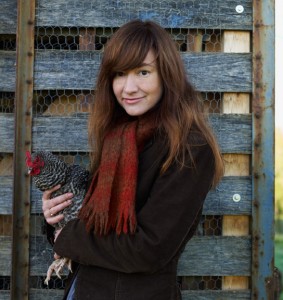 Andrea Reusing, chef-owner of acclaimed Chapel Hill restaurant Lantern, has been on the CEFS Board of Advisors since 2006.

Reusing is the 2011 winner of the James Beard award for Best Chef: Southeast. She has written for Saveur, Domino, Fine Cooking, Gourmet.com and The News & Observer. Reusing’s first book, Cooking in the Moment: A Year of Seasonal Recipes, was named one of 2011’s most notable cookbooks by the New York Times.

Reusing is known for her enthusiastic support of local farms and farmers. Lantern’s Asian-inspired menu features many ingredients sourced from North Carolina farms and fisheries.

Says Reusing, “It has been an honor to serve on the CEFS board and be able to experience firsthand the talent and vision of the CEFS team as their work and partnerships help strengthen and transform our local food economy.”

For more information about Lantern Restaurant, visit their website.

From the September 2013 E-Newsletter