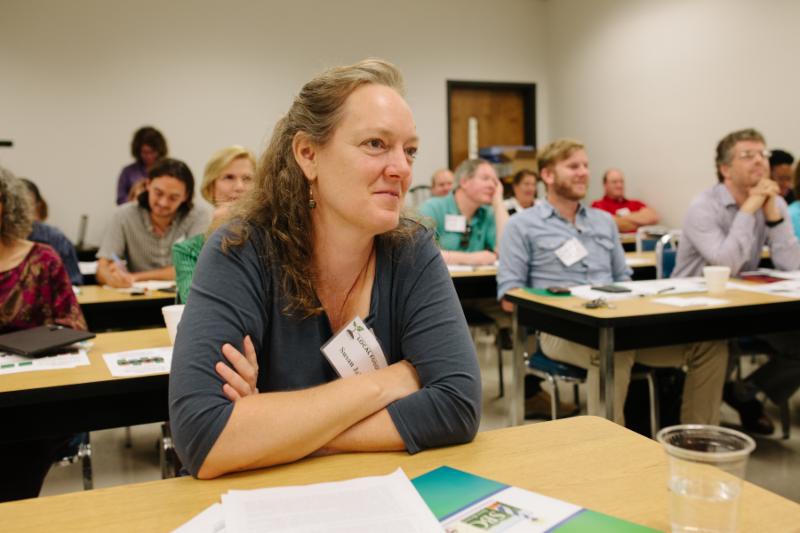 October 2017 – NC Growing Together’s Local Food Economies project engages local and regional governments in the work of building local food systems.  In September, Local Food Economies and the NC 10% Campaign organized three Innovations in Economic Development through Local Foods gatherings to showcase investments that local and regional governments can make to support small and mid-scale food and farming businesses.  These events were attended by officials from over 46 local, regional, and state government agencies in 89 of North Carolina’s 100 counties.

“The goal of these events was to inform decision-makers and planners in local and regional government about how local agriculture is successful as an economic development driver,” said Laura Lauffer, Project Coordinator, Local Farms and Food, N.C. A&T State University Cooperative Extension Program and NC Growing Together.

Each of the filled-to-capacity events – held in Waynesville, Ellerbe, and Henderson – highlighted successful examples from around the state of local governments supporting local food and farm businesses.  There were networking opportunities with representatives from the North Carolina Department of Agriculture and Consumer Services, the North Carolina Rural Center, North Carolina Department of Commerce Rural Planning Division, and the Economic Development Partnership of North Carolina.  The American Institute of Certified Planners (AICP) offered Certification Maintenance credits to its members who attended. 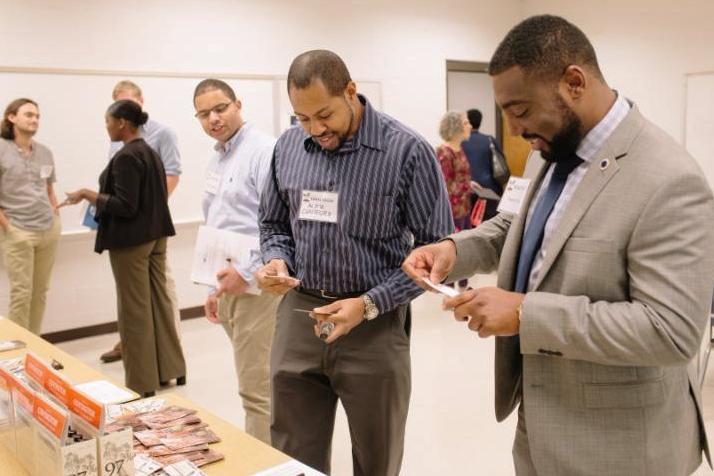 Don Belk, a Community Economic Development Planner with the Rural Economic Development Division of the North Carolina Department of Commerce, attended the gathering at Vance-Granville Community College in Henderson.  “This was a great networking experience for me.  As the planner for North Carolina’s ‘North Central Prosperity Zone’, this introduced me to the dedicated individuals and innovative efforts going on in the area,” he said.

“One of the more interesting things I learned was that we as a state are still struggling to build the local foods ‘infrastructure’ needed to really expand opportunities for farmers and greater, economical food options for citizens.  Here is where regional collaboration is vital.  We need to look at the local food infrastructure and the agricultural capacity of the land at the regional scale to determine what is needed,” he added.

All of the presentations from the Innovations in Economic Development events can be found on YouTube, here.

The response to the gatherings was so positive that the LFE team is exploring additional regional events.  Contact Emily Edmonds for more information on outreach and events in western NC (west of I-77) and Laura Lauffer for areas in the Piedmont and Eastern NC (east of I-77).

This article originally appeared in the October 2017 NC Growing Together Newsletter.