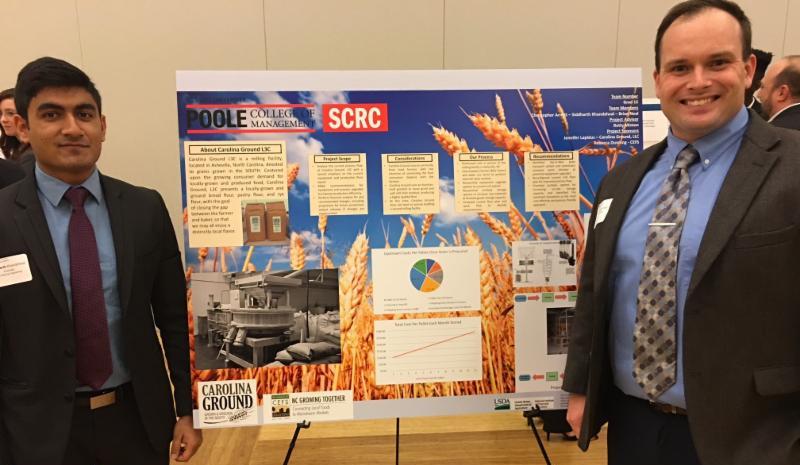 December 2017 — When Jennifer Lapidus founded Carolina Ground in 2009 (as an initiative of the Carolina Farm Stewardship Association), she had a vision.  A former baker, she wanted to connect North Carolina’s grain farmers, millers, and bakers – bringing together the grain supply chain to provide a consistent and sustainable market for southern-grown, organic grains.  At the time, the idea was novel.  “It was an experiment,” she acknowledges.  She started on a shoestring, wanting to be financially conservative until her idea proved successful. 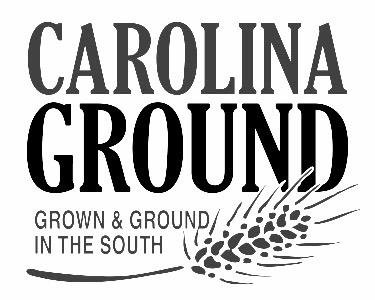 Eight years later, the business is a success, and she is ready to expand.  This past fall she worked with a team of three NCGT undergraduate business supply chain students from the NC State Poole College of Management Supply Chain Resource Cooperative to assess Carolina Ground’s production processes and make recommendations for increasing productivity and efficiency.  She had weekly calls with the students – Chris Arnett, Siddharth Khandelwal, and Brian Neal – and they had lots of good questions.  It was the push Lapidus needed to gather materials and data she had already been collecting with the idea of expanding, but hadn’t been able to prioritize while managing the day-to-day activities of running a business.  “It’s really hard when you’re running a business – you’ve got a lot of plates spinning,” she says.

“We were tasked with examining Carolina Ground’s manufacturing process and facility, and looking up and down its supply chain for process improvements to increase efficiency,” says team member Brian Neal.  The students’ suggestions for improvement had to take into account Carolina Ground’s unique cold stone milling process – which results in a more nutritious and higher quality flour – and its mission to source from local organic farms.  “They were great at recognizing the value of what we do,” says Lapidus. 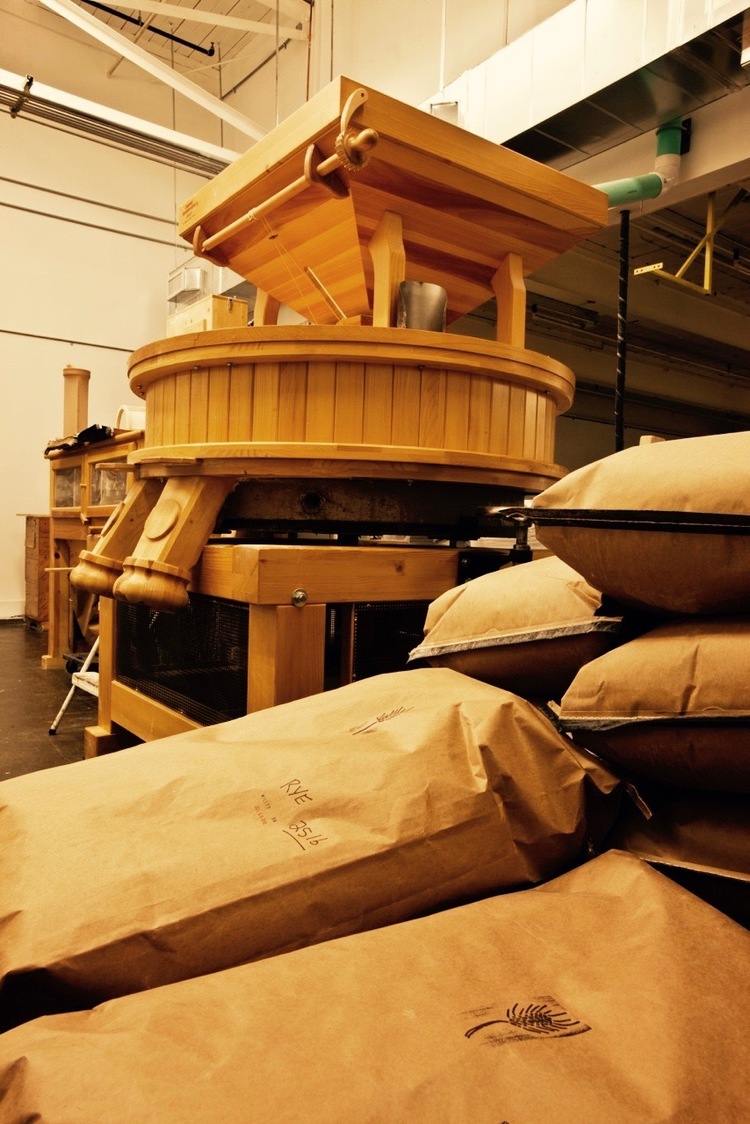 In the end, the team suggested upgrading two pieces of equipment.  They were changes that Lapidus had considered making; the team’s work validated her hunch that it made good financial sense and was the right time to expand.  “They did an incredible job of putting the pieces together,” says Lapidus.  “It was really awesome.  Working with the students definitely gave me the confidence to move forward.”

The experience proved fruitful for Neal as well.  “Being able to work with a business small enough to listen and with lots of room for efficiency improvements was directly helpful to my current job,” he says.  After graduation, Neal started work as a supply chain analyst in the healthcare industry.  “Doing the supply chain stuff opened up opportunities for me and was the specific reason I got the job I’m at now,” he says.

This article originally appeared in the November/December 2017 NC Growing Together Newsletter.