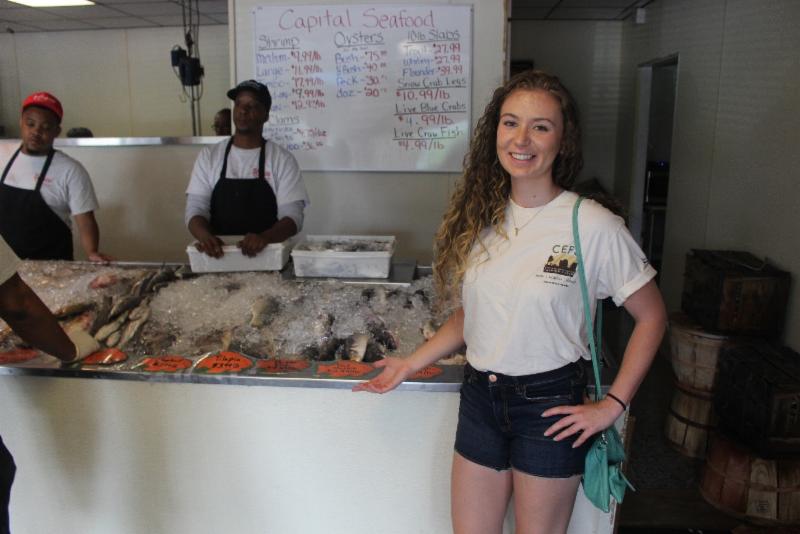 July 2016 – Gigi is no stranger to the NCGT summer apprenticeship, having worked as the Lowes Foods apprentice last year. This summer, she has been working with NC Catch and the North Carolina Department of Agriculture and Consumer Services’ “Got to Be NC Seafood” marketing initiative. Gigi applied for this apprenticeship because of her interest in local seafood, which she developed over the past year. As a member of the Real Food Challenge group at UNC, she enjoyed working to get more local seafood in the dining halls; the NCGT Apprenticeship was an opportunity to continue the work she started in college.

Working with Ann Simpson at NC Catch and John Aydlett of NCDA&CS, Gigi developed a survey to be used to update the NC Seafood Directory, which is a source of information for those looking for local NC fish and shellfish. In addition to working on the survey and

tabulating results, Gigi is visiting fish markets around NC and creating profiles for some of the fishermen listed in the directory.

Regarding what she has enjoyed most about the apprenticeship, she says “I would say I’m excited about having more interaction with people that are involved.

This article originally appeared in the July 2016 NC Growing Together Newsletter.

[in the local foods system] and actually going and visiting the markets.”