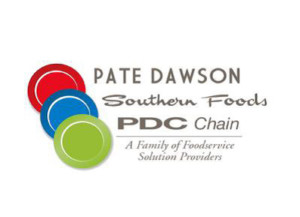 As featured previously in the NCGT News, PDSF Director of Marketing Joel Sullivan met Valee Taylor, co-owner of Cedar Grove-based Taylor Fish Farm, at the 2015 NCGT Annual Meeting. The two quickly realized the potential for business collaboration and Taylor began delivering his whole tilapia to PDSF’s Greensboro cut shop for processing. There, they are hand-cut into high-quality fillets, transforming his whole fish into a value-added product. 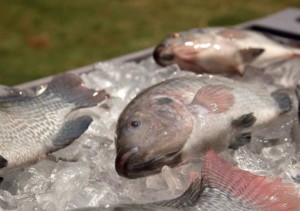 The arrangement has worked out well for both. Taylor says that his business has increased production 1000% since he began processing with PDSF.  “They have a USDA inspector on-site and all the bells and whistles,” including microtoxin testing, he says.  “It opens up more doors for us, I can process with them for any grocery chain. This was one of the main keys I needed to move my operation to the next level.”

Taylor, whose products are AquaGAP certified, went from supplying 5 Whole Foods stores in the Southeast Region to over 30 stores in the Southeast region, plus additional stores in the Mid-Atlantic region.  He is grateful for assistance he’s received from NCGT in connecting to PDSF, as well as from USDA Rural Development, which awarded Taylor a Value Added Producer Grant.  “If a farmer is going commercial, they need someone to help them once they reach that tier. Mistakes are very costly,” he says.

Founded in 2014, the small company is growing rapidly. Originally producing 3,000 oysters per week, the company is now producing 6,500 per week with plans to increase to 7,500 per week by the summer.  “Oysters are living organisms and grow at different rates”, explains Kolby Martin, who is a part-owner of the company.  “Some are ready in 7-8 months while others take from 1 ½ to 2 years to mature.”  The company has about 400,000 spat, or baby oysters, in the water currently. 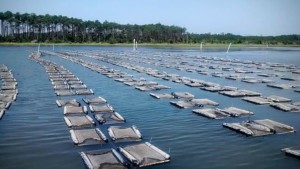 Sullivan says they are selling the oysters to fine restaurants literally across the state, from the Boiler Room in Kinston to Rhubarb in Asheville.  “Chefs are really happy with them. We sell everything they can harvest.”

[in NC], better than a lot of other places in the US. It’s being discovered and appreciated more,” says Sullivan. Between North Carolina’s high quality seafood and strong growth of its restaurant industry, the state’s seafood and aquaculture industry is well positioned for expansion into local markets.

This article originally appeared in the March 2016 NC Growing Together Newsletter.