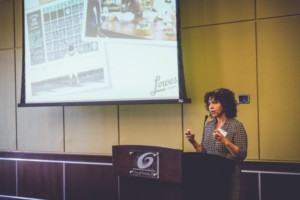 May/June 2016 — Lowes Foods is expanding in South Carolina, and NC Growing Together support is helping to bring on local vendors around their new stores. Krista Morgan, Lowes Foods Locally Grown Accounts Representative and NC Growing Together Liaison, planned a local vendor summit in Greer, SC on May 27. Morgan worked for months to prepare potential new local grocery and produce vendors and walk them through the steps of insurance, packaging, and labeling requirements, among other things. She also worked to make sure that when they arrived to the event, they would be quickly and effortlessly approved as new vendors.

More than 30 “hyper-local” (meaning from the store’s immediate area) vendors were invited to the event. For many of them, it was their first retail experience. Three stations were set up for vendors to rotate through. At the first station, Lowes Foods category managers were on hand to approve all thirty-plus vendors. Morgan had carefully done all the background work so that vendors would be ready for that step. 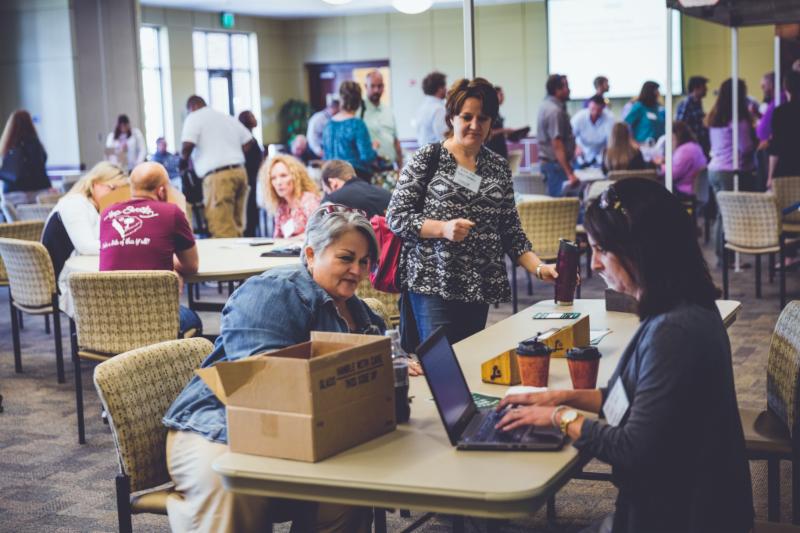 At the summit, new vendors rotated through stations to streamline the approval process.

At the second station, vendors met with Morgan and Laura Lauffer, NC Growing Together Local Farms and Foods Coordinator at N.C. A&T. Morgan set up their new vendor paperwork and Lauffer offered them helpful resources for their start in retailing, including NCGT’s Postharvest Handling materials. At the third station, vendors signed up for in-store Community Table events (an important marketing step) and had their photos and bios taken for store signage.

“What we’ve done is created a model for bringing local vendors in right from the beginning when we open a new store,” says Morgan. The Greer store will open in September 2016, followed by a Greenville, SC store in the beginning of 2017.

As an NC Growing Together partner and with NCGT support, Lowes Foods has developed effective ways of reaching out to and bringing on new local vendors, increasing their local purchasing five-fold since 2012.

Lowes Foods’ Vendor Inquiry Forms can be found on the Resources for Producers section of the NCGT website.

This article originally appeared in the May/June 2016 NC Growing Together Newsletter.